Google will be entered Malaysia

DAVOS: Google Inc is interested to set up a base in Malaysia due to its huge ICT market, said Datuk Seri Abdullah Ahmad Badawi.

The Prime Minister said the Government’s development plans for the ICT industry were also in line with the company’s expansion programme.

“I was told that Malaysians formed the highest group of Google users in South-East Asia,” he told Malaysian journalists after meeting the US giant’s CEO Eric Schmidt on the sidelines of the World Economic Forum.

It is believed the world’s top Internet search engine company was eyeing Malaysia, India or Vietnam to set up its data centre facilities.

Abdullah said the company felt Malaysia was a good place for the base due to its strategic geographical location.

“They want to make their presence felt in Malaysia. It will be a big boost for our ICT industry,” he said.

Meanwhile, the shift of economic power from the West to the East will be one of the key topics of discussion at the World Economic Forum on East Asia in Kuala Lumpur on June 15 and 16.

He said this would ensure it could become a productive, constructive transformation.

The meeting will bring together over 350 global and regional leaders in business, politics and intellectual thinkers to discuss opportunities in Asia and the potential risks. - From Star 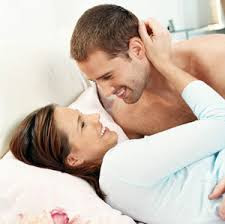